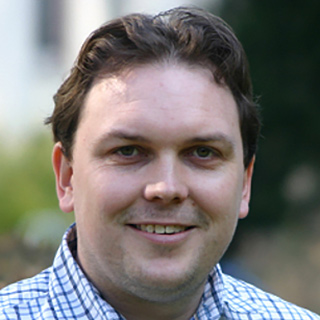 Shannon Whitlock studied physics at Swinburne University of Technology in Melbourne, Australia. He earned his PhD in 2007 on the topic of Bose-Einstein condensation of ultracold atoms using “atom chips”. Due to the close proximity of the atoms to the chip surface, atom chips hold great promise for future applications of cold atoms as quantum sensors, hybrid quantum devices and as quantum registers for quantum information processing. He further pursued these applications as a Marie Curie postdoctoral fellow at the Van der Waals-Zeeman Institute at the University of Amsterdam. In 2010, he moved to the Ruprecht-Karls University of Heidelberg in Germany where he started his own research group and advanced quantum physics laboratory thanks to a prestigious Emmy Noether grant from the German Research Foundation (DFG). In 2016 he was appointed as professor of experimental quantum physics at the University of Strasbourg where he was awarded a “Chaire attractivité recherche” prize as part of the research chair programme of the Initiative d’Excellence (IdEx) at the University of Strasbourg. Shannon is currently a training manager for the newly established trinational doctoral programme “Quantum Science and Technologies at the European Campus” (Marie Skłodowska-Curie grant agreement number 847471) which involves 39 Early Stage Researchers across five hosting institutions: the Universities of Strasbourg, Freiburg, and Basel as well as the Karlsruhe Institute of Technology, and IBM Research in Zurich.

Shannon Whitlock’s expertise concerns the experimental manipulation of atoms prepared at nearly absolute zero temperature using laser cooling and trapping. A unifying research theme concerns the understanding and exploitation of complex quantum effects which arise when the interactions among the atoms are manipulated. These systems offer an ideal testing-ground to explore the physics of complex many-body systems, non-equilibrium quantum dynamics and quantum computing.

Workshop III: Supervision in MSCA and beyond – Perspective of supervisors from academic institutions