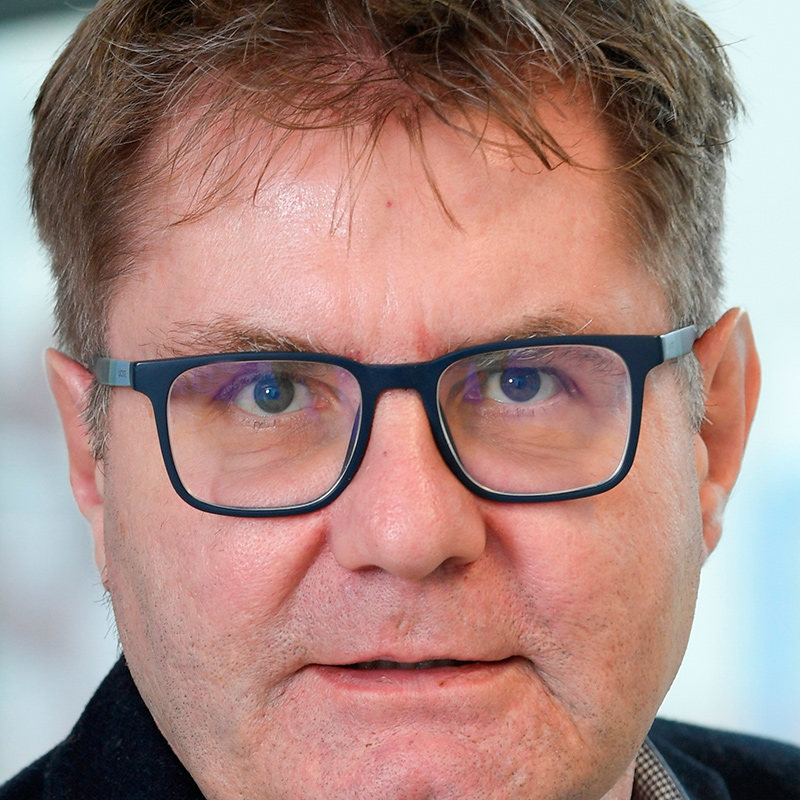 Norbert Sewald was born in Munich in 1961 and studied chemistry at the Technical University of Munich. Having obtained his PhD degree in Organic Chemistry (“New Strategies for the Synthesis of Trifluoromethyl Substituted Heterocycles, Amino Acids, and Hydroxy Acids”) in the group of Prof. K. Burger, he was a postdoc in the group of Prof. J. E. Baldwin from 1991 to 1992 at the Dyson Perrins Laboratory, Oxford University (“Studies towards the Biomimetic Synthesis of Penicillin”), funded through the second European Framework Programme. In 1998 he finished his habilitation at the University of Leipzig (“Peptides Containing β-Amino Acids: Asymmetric Synthesis, Solid Phase Peptide Synthesis, and Conformational Analysis by NMR Spectroscopy”). Since 1999 he is a Professor for Organic and Bioorganic Chemistry at the University of Bielefeld.

He was/is coordinator of the Bilateral Bielefeld-Yaoundé Graduate School YaBiNaPA (2016-2020) and the Marie Skłodowska-Curie Training Networks MAGICBULLET (2015-2018) and Magicbullet::reloaded (2020-2023). He has supervised 70 MSc and 58 PhD students. Currently 2 MSc students and 15 PhD students are working with him. 3 former PhD students have been awarded Marie Curie postdoctoral fellowships. The group hosted 22 guest scientists on the postdoctoral level from 13 countries (among them 4 Marie Curie fellows and 9 Alexander von Humboldt fellows).

Norbert Sewald currently is the President of the European Peptide Society.

Workshop III: Supervision in MSCA and beyond – Perspective of supervisors from academic institutions