Rector of the University of Ljubljana 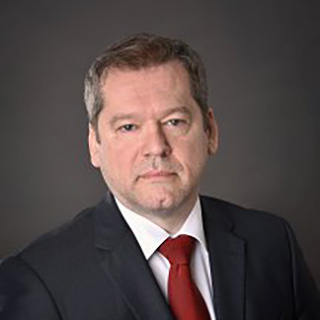 Prof. Dr. Igor Papič is a professor at the Faculty of Electrical Engineering at the University of Ljubljana. He is the Head of the Laboratory of Electricity Networks and Devices, and he was the Vice-Dean for Education from 2011 to 2013 and the Dean of the Faculty from 2013 to 2017.

He received his bachelor’s degree in 1992, his master’s degree in 1995 and his doctorate in 1998 from the Faculty of Electrical Engineering at the University of Ljubljana. From 1994 to 1996, he trained at Siemens’ Power Transmission and Distribution department in Erlangen, Germany. In 2001, he taught as a guest professor at the University of Manitoba in Winnipeg, Canada. His research includes active compensators, FACTS (Flexible AC Transmission System) devices, power quality and smart grid concepts.

His activity extends beyond the academic sphere as well, having served as Chairman of the Slovenian Smart Grids Technology Platform from 2006 to 2017. Prof. Dr. Igor Papič is also the Vice-Chair of the Slovenian CIGRÉ-CIRED Association, the editor of the international publication IEEE Transactions on Power Delivery, the convenor of the international working group Cigre Joint Working Group C4.42/CIRED Continuous Assessment of Low-order Harmonic Emissions from Customer Installations and the Vice-Chair of the international working group IEEE Harmonics Modelling and Simulation Task Force.

He was elected and is serving as Rector of the University of Ljubljana for the mandate from 1 October 2017 to 30 September 2021.

Panel discussion: ‘Synergies between the MSCA and the European Universities Initiative’